Thank goodness for spellcheckerRechtschreibkorrekturprogrammspellcheckers and predictive text(automatische) Texterkennungpredictive text! We don’t need to be able to spell these days — or do we? Well, yes and no.

Spellcheck functions will pick up most errors, but not all. They struggle with homophones — the many pairs of words that sound the same, but have different meanings and different spellings. Not all applications have spellcheck functions anyway, and if you’re writing with pen and paper, you’re on your own.

With this in mind, let’s join Spotlight’s language superhero, Corrector Woman. After helping German internPraktikant(in)intern Jakob in last year’s October issue of Spotlight, her mission this time is to help George and his German wife, Heidi, who have opened a cosygemütlich, gastlichcosy little cafe in England, serving German specialities.

These extra double letters are all very common misspellingRechtschreibfehlermisspellings that English native speakers make. The problem often occurs when we know that a word has a double letter. Either we put the double letters in the wrong place, or we want to create a second pair. So, take extra care with these words. 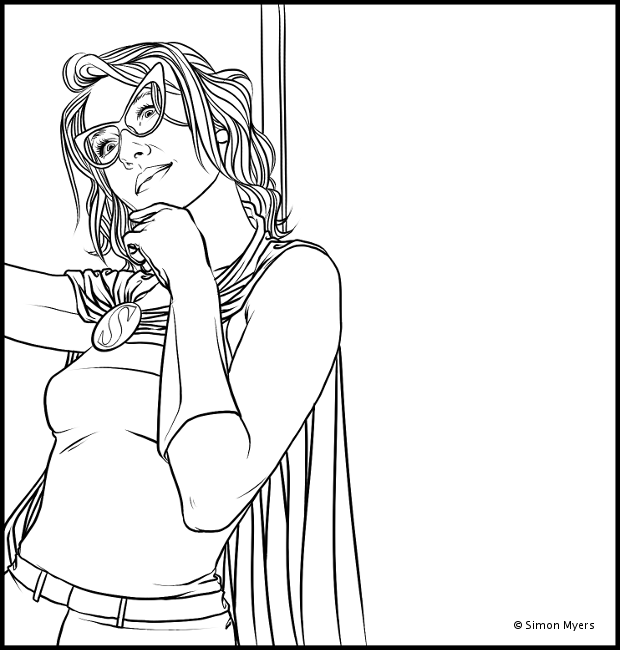 Autumn has a silent “n” at the end. Other words with this “-mn” combination at the end include “column”, “solemn” and “Damn!”.

A singular potato ends in “-o”. The plural “potatoes” ends in “-es”. The same is true of “tomato(es)”, “mango(es)” and most other words in which a consonant comes before the final “-o”.

“Pea” and “pee” are homophones. A “pea” is a healthy ingredient for a tastylecker, schmackhafttasty soup; “pee” (a slang word for “urine”) is not.

“Pear” and “pair” are homophones. The fruit is a “pear”. Two things that go together are a “pair” — like a pair of shoes.

A “dessert” is the sweet course eaten at the end of a meal. A “desert” is a waterless area of land typically covered in sand.

Take care with plural forms of nouns that end in “-y”. A consonant before the “-y” requires an “-ies” plural (“berryBeereberry”/ “berries”). If a vowelVokalvowel comes before the “-y”, simply add an “s” (“day”/”days”).

“curranthier: JohannisbeereCurrant” and “current” are homophones. “Currants” are a fruit, such as “redcurrants” or “blackcurrants”, whereas a “currentStrom, Strömung; aktuellcurrent” flows, such as an “electrical current” or an “ocean current”. The adjective “current” (as in “current affairs”) is also spelled with an “e”.

Texts from the supermarket (exercise)

Texts from the supermarket

Probably the most frequent spelling mistakes in English involve the three homophones “there”, “they’re” and “their”: “There” is the opposite of “here” and is used in the phrase “There’s a...”. “They’re” is the short form of “They are”. “Their” is a possessive, like “our”.

Another trickyknifflig, schwierigtricky pair of homophones is “it’s” and “its”: “It’s” is the short form of “It is”. “Its” is a possessive determiner, meaning “of it” or “belonging to it”.

Were you able to help Spotlight Corrector Woman with her mission by identifying and correcting the spelling mistakes made by George and Heidi? Remember that Corrector Woman won’t be there when you’re writing, so turn your spellchecker on — and try to keep in mind the simple tips and tricks you’ve read here.