Your favourite food — what is it? The very same question went out to Spotlight correspondents, who travel the world. As part of our special focus on food in this issue, we asked each of them to write us a short text about a much-loved dish. From India and New Zealand to the American South and beyond, this collage of culinary experiences has been created for you: here, each writer describes a special dish with utter devotionvöllige Hingabeutter devotion.

A meal is the sum of its ingredients, true. But when reading about specialities from different countries, it soon becomes clear that food can be something more: a delicious way of connecting to a place. The aroma of certaisleGangain spices, the hier: Vorfreudeanticipationanticipation of a first bite — it’s Proust’s famous “madeleine moment”, an experience people know and love all over the world, one that has the power to create memories that last a lifetime.

In an unassumingbescheiden, unaufdringlichunassuming part of Rosslyn, Virginia — a patchStück Land, Fleckpatch of glass skyscrapers across the Potomac River from Washington, DC — you will find a small, family-run restaurant called the Quarterdeck. This place is just over the bridge from my alma mater, Georgetown University, and its focus is on one fantastic food: the Maryland blue crabBlaukrabbeblue crab. First, a waitress appears. She spreads brown paper before you in place of a tableclothTischtuchtablecloth. Next, she brings glasses and lots of cold beer. The suspenseSpannungsuspense builds. After all, the fishermen of the nearby Chesapeake Bay have brought in their catch for exactly this purpose. Your waitress is back, this time handing out napkinServiettenapkins and wooden Klopfer, Hammermalletmallets. A man from the kitchen arrives with a large trayTabletttray and empties it on to your table: it’s a pile of big blue crabs covered in salty Old Bay seasoningGewürz, Würzmittelseasoning. Hit your crab with the mallet to crack its shellSchaleshell, then pull out the juicy white meat. The meal is messy, slow, magnificentherrlich, großartigmagnificent.

The dosa, a golden crepe of fermented rice and lentil battereine Art Pfann­kuchenteig aus Linsenmehllentil batter, is ubiquitousallgegenwärtigubiquitous across India. Reportedly, we to gobble up (ifml.)verschlingengobble up 1.2 billion dosas every day! A vegan superstar, it’s served with coconut chutney and sambar, a lentil soup power-packed with onions, tomatoes, pumpkin and moringa. The best dosa I’ve ever had was at Vinayaka Mylari in the city of Mysore in south India. You sit at one of the shared wooden tables before a server arrives, bearing a tray of hot dosas. He places one in front of you, in a banana leaf, with chutney, a blobKlecks, Stückchenblob of white butter and a green sagu (thick vegetable curry). 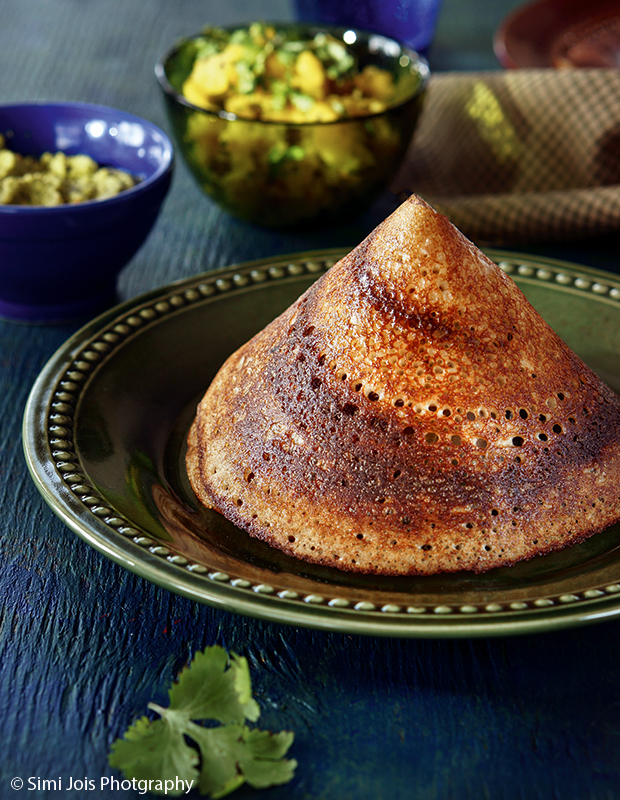 It’s a spectacular dosa — buttery, light and wondrously chubbyprall gefülltchubby inside with a crispknusprigcrisp exterior. An elderly gent (ifml.)Herrgent walks up and down the aisle giving out seconds (ifml.)Nachschlagseconds like a dosa-chutney Santa. From the dosa’s many variants, my secret indulgence is the white, unfermented, soft, delicate neer dosaCrêpe aus Reismehlneer dosa. It is best paired with a surprisingly robust meaty delicacy: thick, black, silken pandi (pork) curry.

Perhaps even more iconicmit Symbolcharakter, kultigiconic than barbecue, cornbreadMaisbrotcornbread or pecan piesüßer Kuchen mit Pecannüssen und Maissiruppecan pie, Southern fried chicken represents a delicious regional consensusÜbereinstimmungconsensus. You to soakeintauchen; hier: marinierensoak it in buttermilk (and maybe a few drops of Tabasco), you cover it in seasonedgewürztseasoned flour (preferably shaken together in a brown paper bag) and you fry it in a few inches of hot oil on the stovetopHerdplattestovetop until crisp and golden. Even if you never saw your granny prepare fried chicken, though I bet you did, you know the basic recipe and can also satisfy your cravingsGelüstecravings at any restaurant below the Mason-Dixon Linekulturelle Grenze zwischen den Nord- und Südstaaten der USAMason-Dixon Line — and quite a few above it, as well. 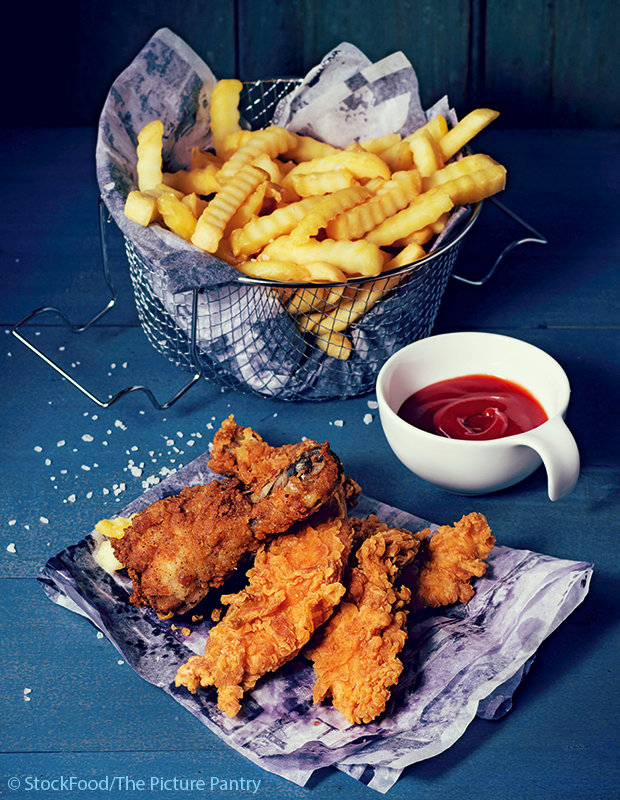 In the South, some of the best fried chicken can be found at gas stations, which are best frequented late at night; though if you must get your chicken from a fast-food place, the only acceptable choice is Popeyes. Southern fried chicken, whether eaten hot from the skillet (N. Am.)Bratpfanneskillet for supper or cold at a picnic the next day, served covered in mapleAhorn-maple syrup atop a waffle à la Branson, Missouri, or swimming in Nashville hot sauce, to lift the spiritsdie Stimmung hebenlifts the spirits and to sootheberuhigensoothes the soul.

When I visit New Zealand, one of the first things I do is go to the beach. Priority number one: a swim. Priority number two: an ice cream. But not just any ice cream. The flavour was invented in New Zealand and has been my favourite for as long as I can remember: hokey pokey. What a name! It sounds like something Mary Poppins would offer you, something fun with a touch of magic, like a circus artist doing a somersault (ifml.)Purzelbaumsomersault. This most delicious of all ice creams is plain vanilla dotted with chunkStückchunks of honeycombHonigwabehoneycomb. Honeycomb in this case is basically sugar that is heated up until golden and then left to harden into crunchy balls that are full of — and surrounded by — a sugary syrup that looks like honey. 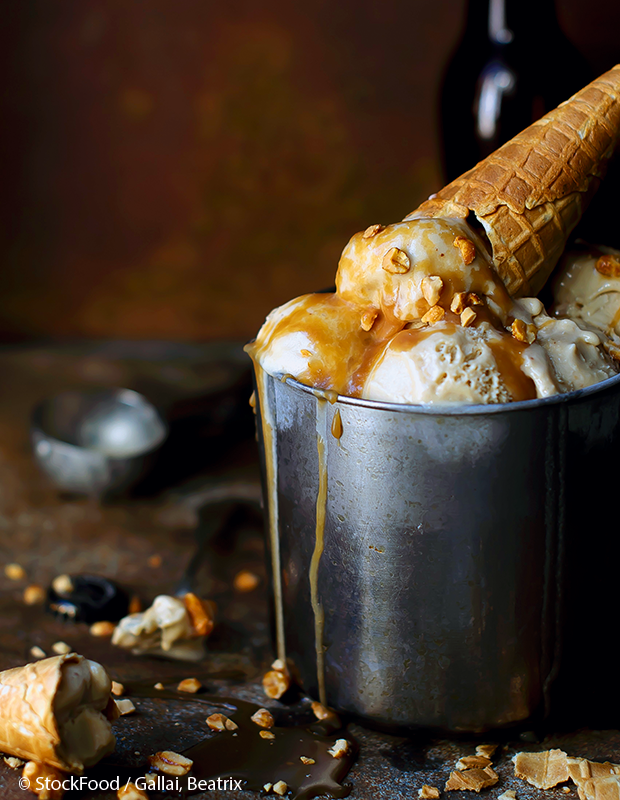 The more golden bits, the better. But to be honest, a New Zealand beach is only the second best place to enjoy it. The best is my grandparents’ balcony in Auckland, with a view across the sea to Rangitoto Island. If you ask my grandma nicely, she might even add a generous portion of walnuts and chocolate sauce. 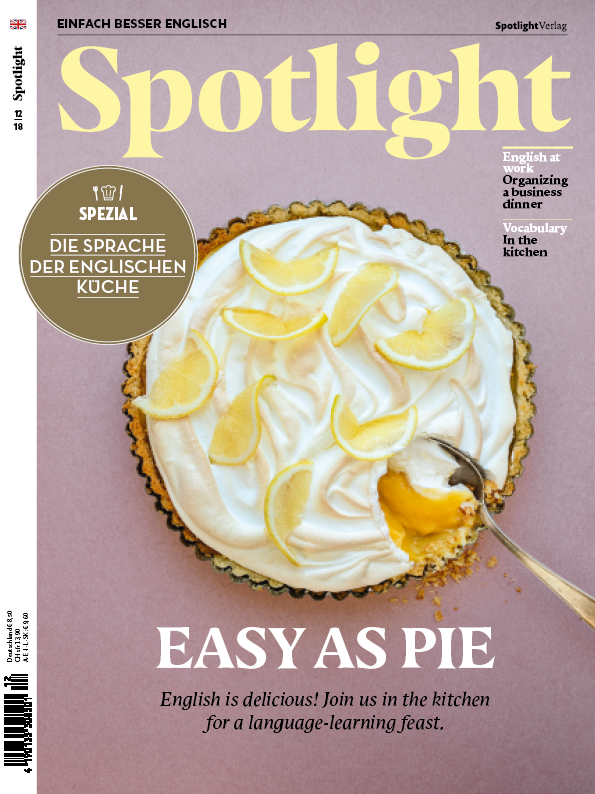