The renovation of the Chelsea Hotel has been completed. The iconic building reopened in 2022. It was built in 1884 in the neo-Gothic style, and fame came with its guests – starting with the dissoluteausschweifend​dissolute writer bohemians of the 1960s. Thomas Wolfe wrote his novel You Can’t Go Home Again in the Chelsea, and Arthur C. Clarke co-wrote the screenplayDrehbuch​screenplay for the film 2001: A Space Odyssey here. Leonard Cohen met Janis Joplin in room 424, Arthur Miller lived in room 614 after his marriage to Marilyn collapsed, and Bob Dylan’s “Sad Eyed Lady of the Lowlands” is Chelsea-related. Parties were legendary, Patti Smith and photographer Robert Mapplethorpe lived here when they were penniless, and many other artists paid for a room with pictures. The flair of the El Quijote bar has been to preserve sth.etw. erhalten, bewahren​preserved, and the paella is still grand. The location on 23rd Street is ideal for visiting Broadway theaters.​ 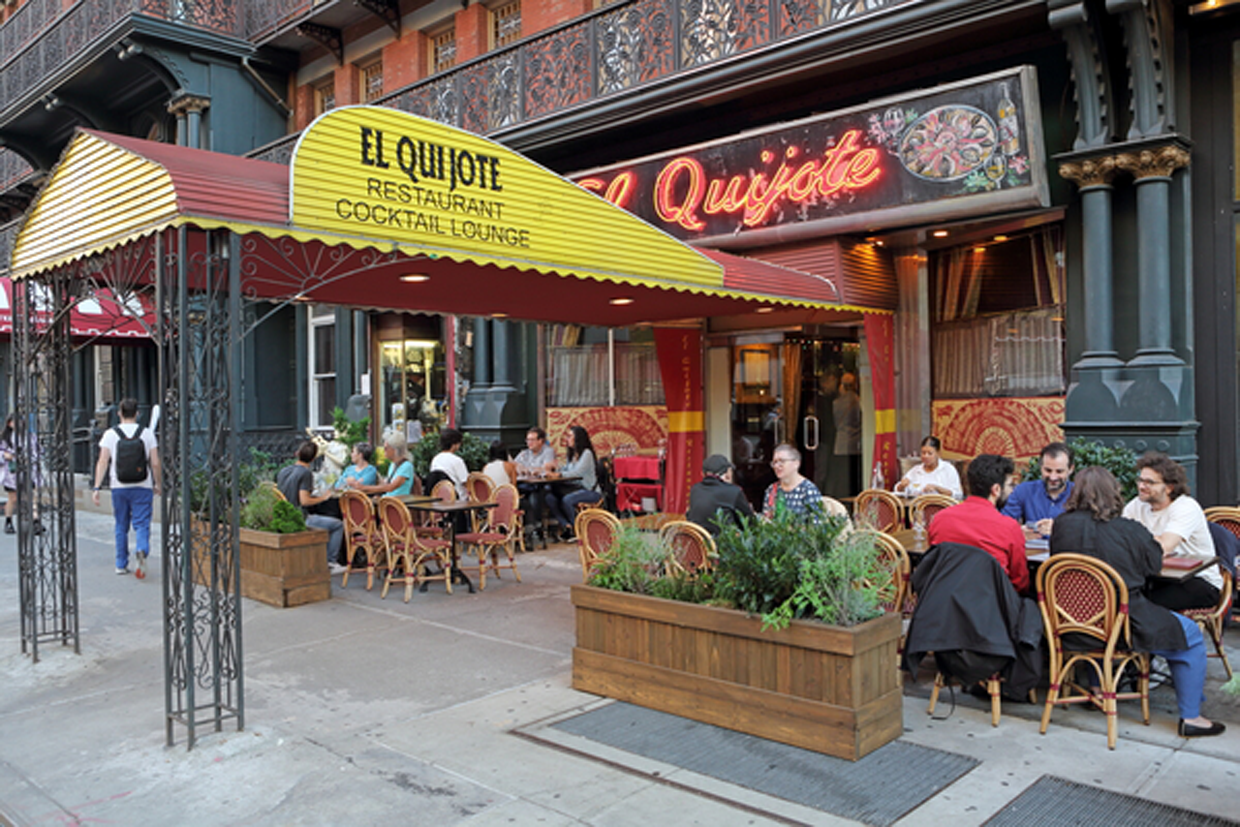 After 35 years and more than 12,000 performances, the curtain will fall for the last time on Andrew Lloyd Webber’s musical The Phantom of the Opera on February 18, 2023. It it remains to be seenes bleibt abzuwartenremains to be seen whether new shows, including the Neil Diamond musical A Beautiful Noise, or Camelot, a show about the legend of King Arthur, or Billy Wilder’s comedy Some Like It Hot, will deliver what Broadway dreams are made of. Lloyd Webber is also planning to take to the stage again with his musical Bad Cinderella, which played in London’s West End from 2021 to 2022. 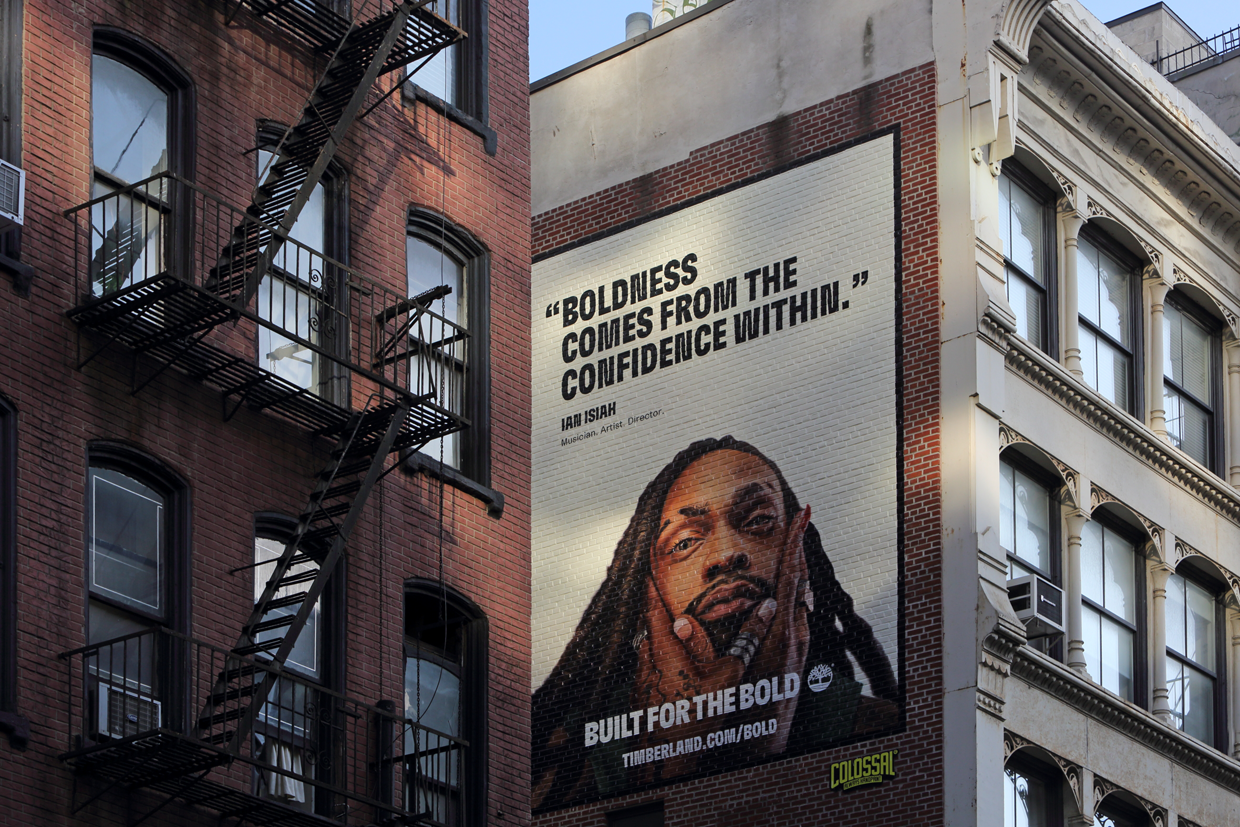 Without the subway (N. Am.)New Yorker U-Bahn​subway, city traffic would be unthinkable. The shiny silver subway cars – which can be up to 180 meters long – can look quite elegant, from a distance. But anyone who has ever to rattlerattern​rattled toward their destination in one of these trains will be to be tempted to do sth.versucht sein, etw. zu tun​tempted to describe the mixture of noise and being shaken around as infernalhöllisch, fürchterlich​infernal.​ 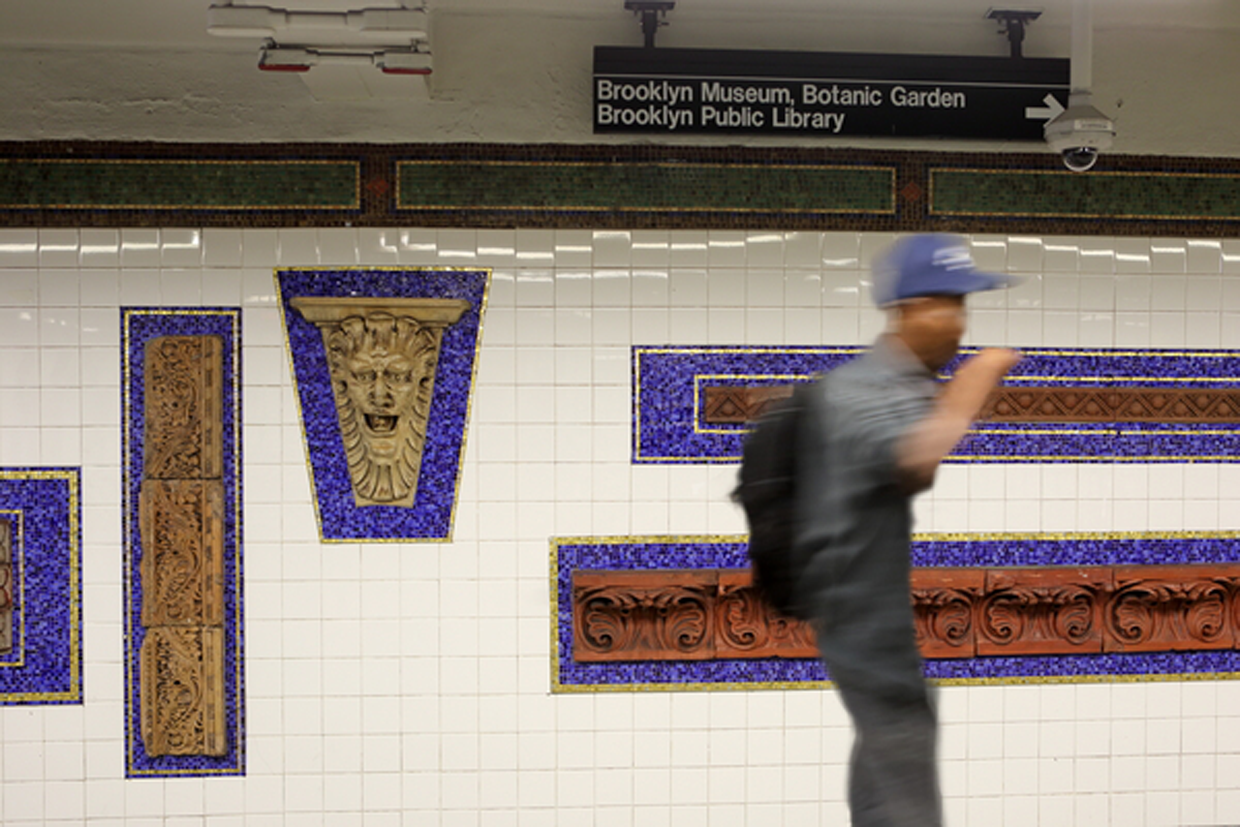 A ride can transport you to other worlds in no time at all. A good example is a ride on the International, as Line 7 is called in Queens. As soon as the elevated trainHochbahn​elevated train rattles over the streets of Queens, it crosses one of the most ethnically diverse regions in the world. You can get off at Flushing Main Street if you’re in the mood for Chinese dim sumkleines gedämpftes oder frittiertes chinesisches Gericht​dim sum, Korean tteokbokki (spicywürzig, pikant​spicy rice cakes), glass noodles, or kimchi, a pickled Chinese cabbageKohl​cabbage. At 82nd Street/Jackson Heights, Mexican tacos or Argentine empanadakleine gefüllte Teigtasche​empanadas with a variety of fillings can be tasted in a sound cloud of Latin American music. If you prefer something sweet, try to find pastelitos criollos, puff pastryBlätterteig​puff pastry with a sweet potato paste. 74th Street and Broadway is the stop to pay a visit to the bustlinggeschäftig, trubelig​bustling enclave of Little India. It’s trickykniffligtricky at 40th Street/Lowery Street, also called Sunnyside, where you’ll have to make the difficult choice between Turkish grilled meat skewerSpieß​skewers, Paraguayan empanadas, Irish fish and chipsin Teig ausgebackener Fisch mit Pommes frites​fish and chips, and Korean tofu dishes…​ 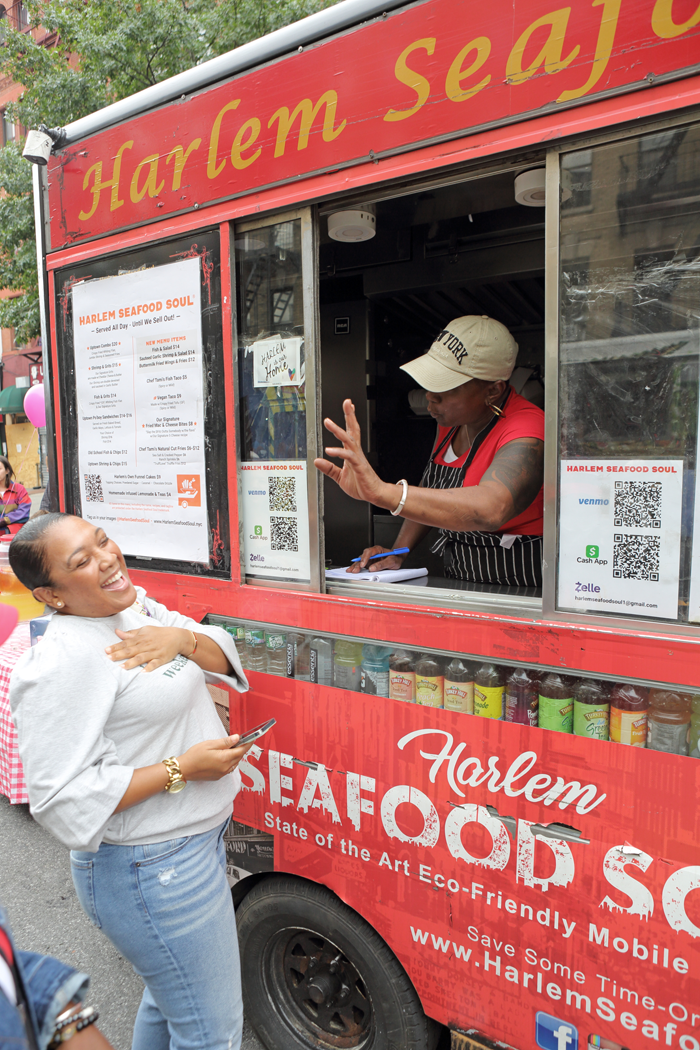