I to strollspazierengehenstroll down Pall Mall towards Trafalgar Square. Ever since I first saw it on the Monopoly board as a child, I’ve loved the name of this street. It comes from a 17th-century ball game called paille-maille that used to be played by the upper crust (ifml.)Oberschichtupper crust in St James’s Park.

Trafalgar Square is the place to come for colour and characters, gathered around Nelson’s Column with its statue of Admiral Horatio Nelson, who died in the in the midst of sth.mitten in etw.midst of victory against the French and Spanish navies at the Battle of Trafalgar in 1805. I find artists doing drawings on the paving slab (UK)Gehwegplattepaving slabs. There’s a man with a mic (ifml.)Mikromic, a sort of one-man orchestra making a series of beepPiepstonbeeps, beats and what appear to be burp (ifml.)Rülpserburps, who has onlookerZuschauer(in)onlookers entrancedverzaubert, gebanntentranced.

I make for the National Portrait Gallery, located just round the corner from the square. On the second floor, I find a worried-looking Winston Churchill, painted in 1916 by Sir William Orpen. In 1915, Churchill had to resignzurücktretenresigned, after sending 46,000 Allied soldiers to their deaths in a catastrophic campaign to take the Dardanelles Straits from the Ottoman Empire. Under investigation, he seems emptied of life force. “It’s not the portrait of a man, it’s the portrait of a soul,” he would later say. It wasn’t until 1917 that his name was cleared.

I stay until closing time, studying the portraits on show. The National Portrait Gallery is a treatVergnügen, Genusstreat, giving an intimate perspective of the story of Britain.

Walk and a drink

From Piccadilly, it’s a short walk to The Ritz, one of the city’s grandest hotels. Close your eyes for a moment and imagine a 19-year-old Princess Elizabeth, the future queen, doing the conga through the lobby on 8 May 1945, celebrating the end of the Second World War.

I take a seat in the Art Deco surroundings of the Rivoli Bar. Deputy manager Andrea Caputo serves me a gin cocktail. Looking at the menu, I almost to chokesich verschluckenchoke on an olive as I find the bar’s most expensive cocktail: a £500 Sazerac made with cognac that is over a century old. “Does anyone ever order this?” I ask Andrea.
He smiles: “Maybe a couple of times.” 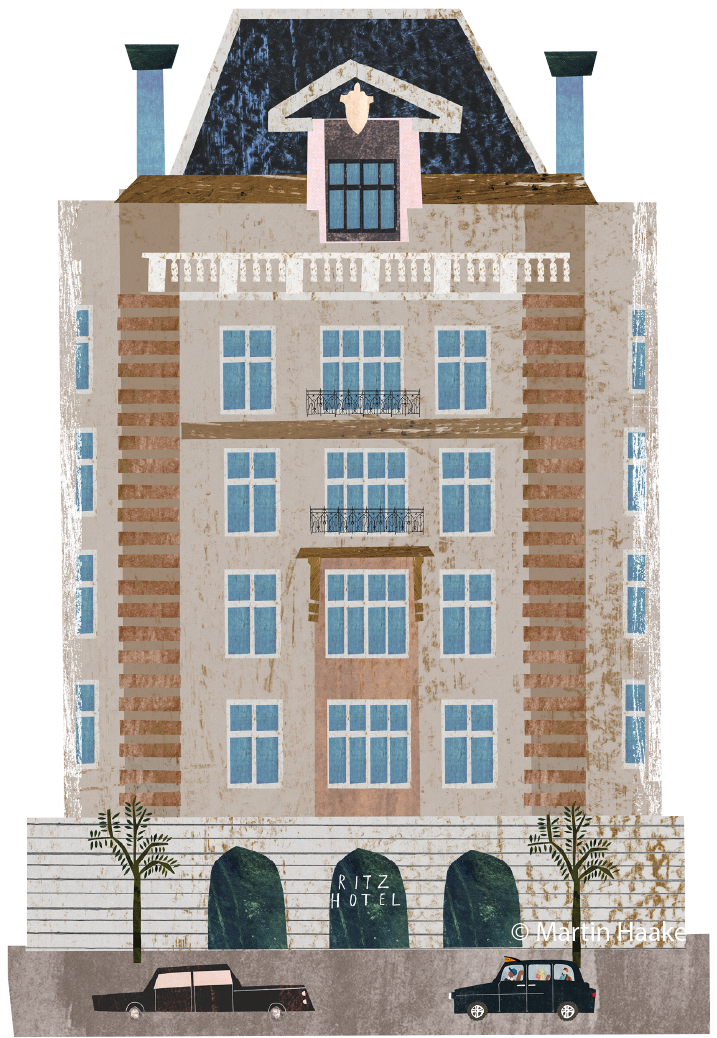