My name is Ashleigh Ains­ley and I’m 28 years old. In 2016, I co-founded an organization called Colorintech with Dion McKenzie. We work to improve the transparency and diversityVielfältigkeit, Diversitätdiversity of the technology industry, building programmes to help people from ethnic minorities gain access to some of the world’s most innovative companies. We want a more inclusive society, and work with individuals and organizations that want to make that happen. I now manage a team of five people.

I grew up in a multicultural part of London called Lewisham. Then I went to Oxford University, which was the opposite of that. I had a great time, but life there was a kind of bubble. When I went back into the real world and began working for Google, I to assumeannehmenassumed that the tech industry would be more reflective of the people who use technology. But there wasn’t really anyone who came from the same part of London as me or who looked like me. 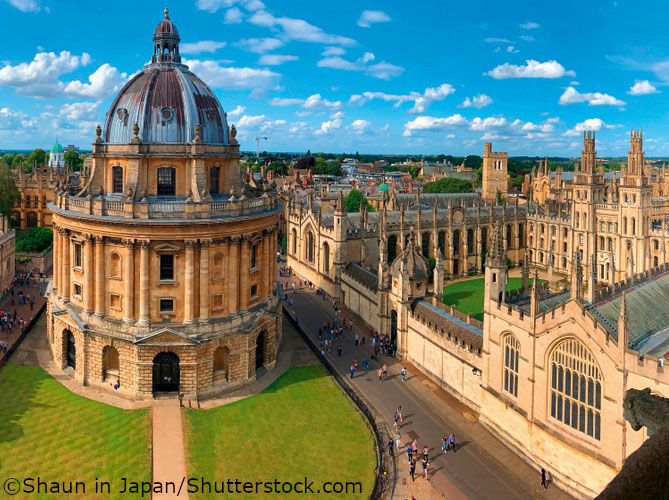 Are top universities like Oxford and big tech companies like Google doing enough to increase diversity in the UK and help talented people from all backgrounds?

I thought a lot about what I could do to help people who don’t have accessZugangaccess to the same opportunities that I’ve had. I was tired of being asked how I’d managed to get my job at Google. Now, when someone asks, I just tell them to go to www.colorintech.org.

I’m not an early-morning personFrühaufsteher(in)early-morning person, so I try not to start my day before 9.30 a.m. I spend a lot of time running programmes to help talented people. We work with governments, universities, venture capital firmBeteiligungsgesellschaftventure capital firms and big tech companies. Many of our partners, such as Google, Microsoft and Facebook, are to be headquarteredden Hauptsitz habenheadquartered in the US, but we mostly work with regional teams in the UK. We regularly have what we call “listening sessions” with Facebook’s recruitmentPersonalbeschaffungrecruitment teams, for example, where we look at the challenges facing the company’s employees.

Companies shouldn’t be saying that they don’t know where to start when it comes to increasing diversity — they should be asking how they’re going to start.

I take a couple of hours in the middle of the day to work on my own productivity. This involves going for a run or to the gymFitnessstudiogym. When I get back, I have a couple of calls with my team. We’ve been busy recently, which is a result of the lockdown and because of what happened to George Floyd and the Black Lives Matter movement. It’s a roundabout way of looking at it, but the lockdown has been good for us in some ways. A lot of people are now committedengagiertcommitted to doing something about racial injusticeRassenungerechtigkeitracial injustice.

A “roundabout” is a Kreisverkehr. A “roundabout way of looking at/doing/saying something” is an indirect approach to something or an unconventional way of doing it.

In the afternoon, I do some research for Colorintech’s weekly community newsletter. I spread this out over the week, as I need to read a lot for it. We also organize events like Black Tech Fest. Our goal is to create new pathwayWegpathways for people to succeed in the industry, whether that means working for a company or setting up your own. It’s depressing when you look at the statistics and see how little venture capital funding goes to black founders — it’s less than 0.01 per cent. We want to see fairer access to opportunities and finance.

I usually try to to catch up with sb.hier: mit jmdm. Neuigkeiten austauschencatch up with friends in the evening. I spend some of my time using social media channels to see what else is going on in the world. Being a big fan of Arsenal Football Club, I try to watch their matches whenever I can. Then, before I know it, it’s 10 p.m. and time to go to bed!