Cornelia Funke has, through her writing, stolen her way into the hearts of a generation of children and teen­agers. Born in Dorsten in North Rhine-Westphalia, Germany, she began her career as an illustrator of children’s books. Funke discovered that she wanted to draw creatures that authors weren’t writing about. So, she began writing herself.

In 2000, Herr der Diebe was published in Germany to great critical acclaimkritische Anerkennungcritical acclaim — the English translation, The Thief Lord, went on sale in 2002. This was followed by the young adult fantasy series that began with Inkheart (Tintenherz) in 2003. Funke has sold more than 20 million copyExemplarcopies of her books, which have been translated into dozens of languages. Now 61, the author lives on an avocado farm in Malibu in Los Angeles County, California, where she to hostveranstaltenhosts an artist-in-residencevor Ort arbeitende(r) und lebende(r) Künstler(in)artists-in-residence program, is visited by busloads of city children, and to tend to sb./sth.sich um jmdn./etw. kümmerntends to her donkeyEseldonkeys, ducks, and owlEuleowls.

Spotlight: Why do you write books aimed at children and young adults?
Cornelia Funke: I was a social worker for years because I loved the company of children. I still do, and I think children are, most of the time, a far more inspired audience than grown-ups. Being an illustrator of children’s books is far easier because literature for grown-ups is no longer illustrated. In the 19th century, books were illustrated on every page. Sadly, that’s a thing of the past. So, yes, my love for children is part of it. My love for fantasy is part of it, too. And, well, it all came together in magical ways. 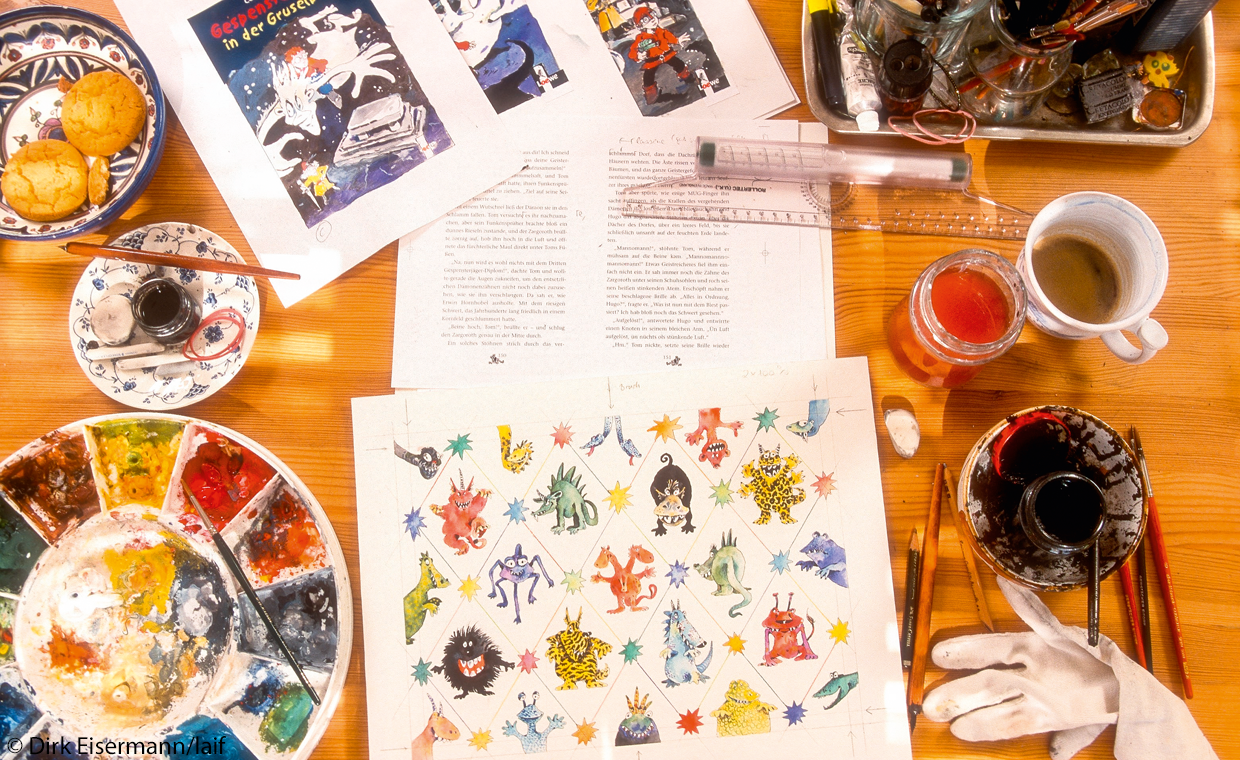 Spotlight: How did you end up in the US?
Funke: For years, my husband and two children had been thinking about moving to another country for a while, just to widen our horizons. We had been to many places. Then, more and more things happened professionally in the US. My books were incrediblyunglaublichincredibly popular here. I won several awards. I was in the Top 10 lists in magazines. So many things happened in America that we felt very much at home here, and we thought: “Why don’t we try to do this for a year?” So, in 2005, we came for three months and, in the end, we let our kids, Anna and Ben, decide whether to stay or not, because they would have to pay a far higher price than us — they would lose their school, their friends. We had friends all over the world and could live wherever we wanted. They both decided, for very different reasons, that they would like to be here for a year, which at that point meant Los Angeles.

Spotlight: Why Los Angeles?
Funke: We came here for the first time for the BookExpo America, where I had won an award for The Thief Lord, but we didn’t want to come. We thought: “LA? No! Everybody hears the worst things about it. It’s just like a plastic city.” When we came here, we were surprised by how much we liked it. And then we came back, over and over again. We had more and more friends. Also, Inkheart was being turned into a Hollywood movie at that time. When I finally moved to the US, many people thought it was because of the movie, but that’s complete nonsense. It was being to shoothier: drehenshot in Europe, so that was not the reason. We moved to have an adventure, because the kids wanted it. We moved because English was the language and that made it easier; every other language would have been difficult. Nine months after we moved here, my husband died, quite unexpectedly, of cancerKrebscancer. We had been married for 27 years and had done everything together, so everybody in Germany expected me to come back. But by then, I had such a big circle of friends here and such a strong connection to the place that I decided, with the children, of course, to stay for now. 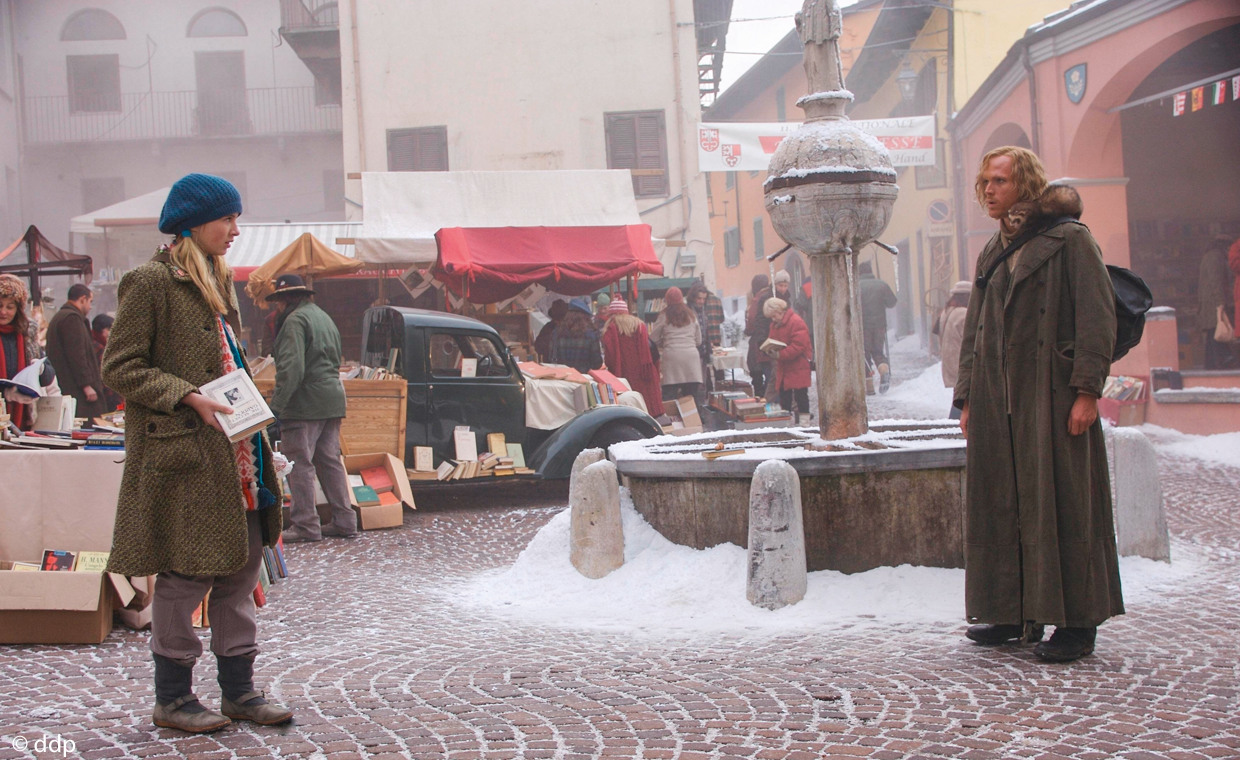 Spotlight: How do you think the American and German literary markets compare? Some might to assumeannehmenassume that Germans read more than Americans, but perhaps that’s a misconceptionfalsche Wahrnehmungmisconception.
Funke: That’s a deep misconception. First of all, you have this huge readership in America among commuterPendler(in)commuters, who often have to drive great distances to work, or take the train. In my experience, many Americans, even if they do it on audiobook, are still readers. I think the literary scene in America is very livelylebendig, aktivlively, and so is the publishingVerlags-publishing scene. There are far more independent booksellers here than, for example, in England. But in Germany, there are very many independent booksellers because Germany is, I think, about the only country that has a fixed book priceBuchpreisbindungfixed book price, so the book is sold everywhere for the same price.