In 2012, I went to a lectureVortraglecture at one of the British Museum’s lecture theatrehier: Saal, Raumtheatres by the art historianKunsthistoriker(in)art historian Neil MacGregor, who was then the museum’s director. The only object on display in the elegant, modern auditorium — an obsidian mirror stolen from South America and once used by the alchemist John Dee (1527–1608/09) — was a symbol of England’s global expansion under Queen Elizabeth I.

Chatting over drinks after the lecture, I asked MacGregor about England’s battle between modernity and tradition. Which side was winning? Tradition, he said sadly. “We to pourhier: verschwendenpoured our time and efforts into the coronationKrönungcoronation of Queen Elizabeth [II], restating the pomp of an empire that had ended and pretending nothing had changed.” MacGregor then said he was writing a book on Germany and couldn’t stay late. He began packing up his things and then turned to face me: “Britain forgets its past,” he said carefully. “Germany confronts it.” 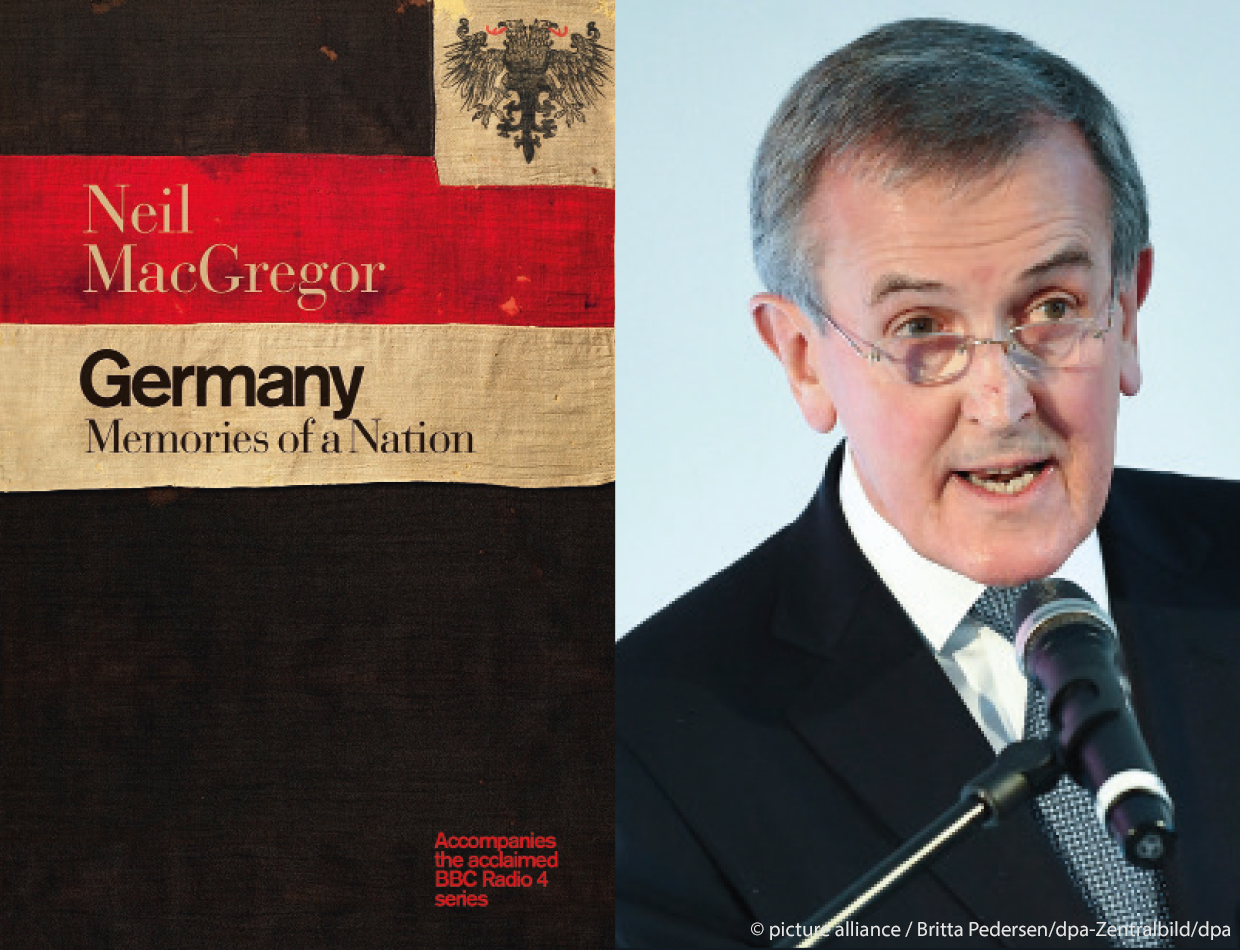 The idea that Germany confronts its past is explored further by MacGregor in Germany: Memories of a Nation, published in 2014. In it, he mentions the Brandenburg Gate, the Holy Roman Empire, a sculpture by Tilman Riemenschneider, Luther’s Bible, the Bauhaus, the Volkswagen Beetle, Kant, Goethe and totalitarianism to show that Germany has always been flexible, adaptableanpassungsfähigadaptable, inventive and contradictorywidersprüchlichcontradictory.

Memories of a Nation was the first of a number of books of a sort that I had seldom, if ever, seen before — in which British authors explain and praise modern Germany for British readers. There has been at least one such book every year since 2014. 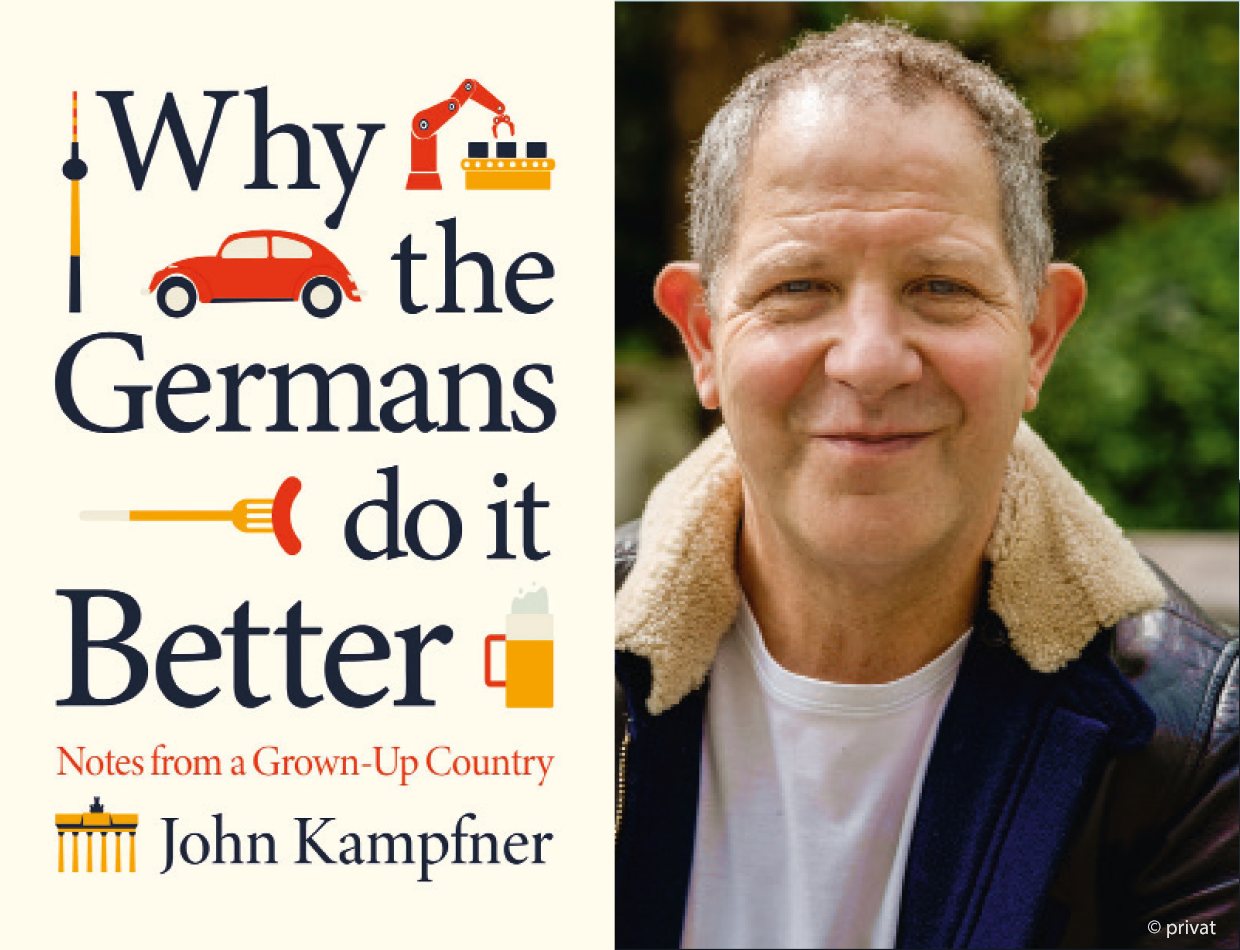 The latest of these is Why the Germans Do it Better (2020) by British journalist John Kampfner. At a recent talk at the Goethe-Institut in London, Kampfner was criticized for his book title — the Institut director Dr Katharina von Ruckte­schell-Katte told the crowd that Kampfner was invited not “because of this title, but in spite of it”.

Kampfner agreed cheer­fully. “My German interviewees,” he said, “tend to fall off their chairs: Das können Sie doch nicht sagen! But the Brits usually say: I see what you mean.”

Kampfner sings the praises of Germany’s Mittelstand, of its functional trade unionGewerkschafttrade unions, the lively cultural landscape, the culture of remembranceErinnerung, Gedenkenremembrance.

The closest English equivalent to Mittelstand is the term small and medium-size enterprises (SMEs). Kampfner says that what makes the Mittelstand stand out in Germany are the number of companies that successfully produce a single or very small range of products. While there are around 2,700 such companies around the world — business leader Hermann Simon calls them “hidden champions” — about half of them are based in Germany.

At the same time, he is critical of the UK. In contrast to Germany, he says, “we are trapped by an atrophiedverkümmertatrophied political system.” According to Kampfner, the UK has forgotten to modernize.

There have been other books between those by MacGregor and Kampf­ner, praising Germany and the Germans and covering everything from the glory of Germany’s regional cuisine to the brilliance of its 1970s avant-garde music scene. You can read about some more examples in Spotlight magazine 14/20.

“Let’s hope it’s not too late”

Everything these writers and their books are saying are consistent with MacGregor’s final words to me in the British Museum on that evening in 2012 as he stepped out into the night, heading back home to type a few more pages of his book. “Britain’s greatest tragedy and its greatest error is that it failed to understand and engage with Germany after the war — it failed to realize Germany is a modern state, an engine of the future,” he smiled. “Just think how much fun the two countries could have had if we’d seen clearly then. Let’s hope it’s not too late now.”