In A Day in My Life, we meet Jérôme Fontana, the head of the International Committee of the Red Cross (ICRC) in Cairo, Egypt. Fontana has had postingAbordnung, Postenpostings in 12 different countries during the 23 years he has worked for the humanitarian organization. In the first part of the interview, Fontana explains the main activities of the ICRC. 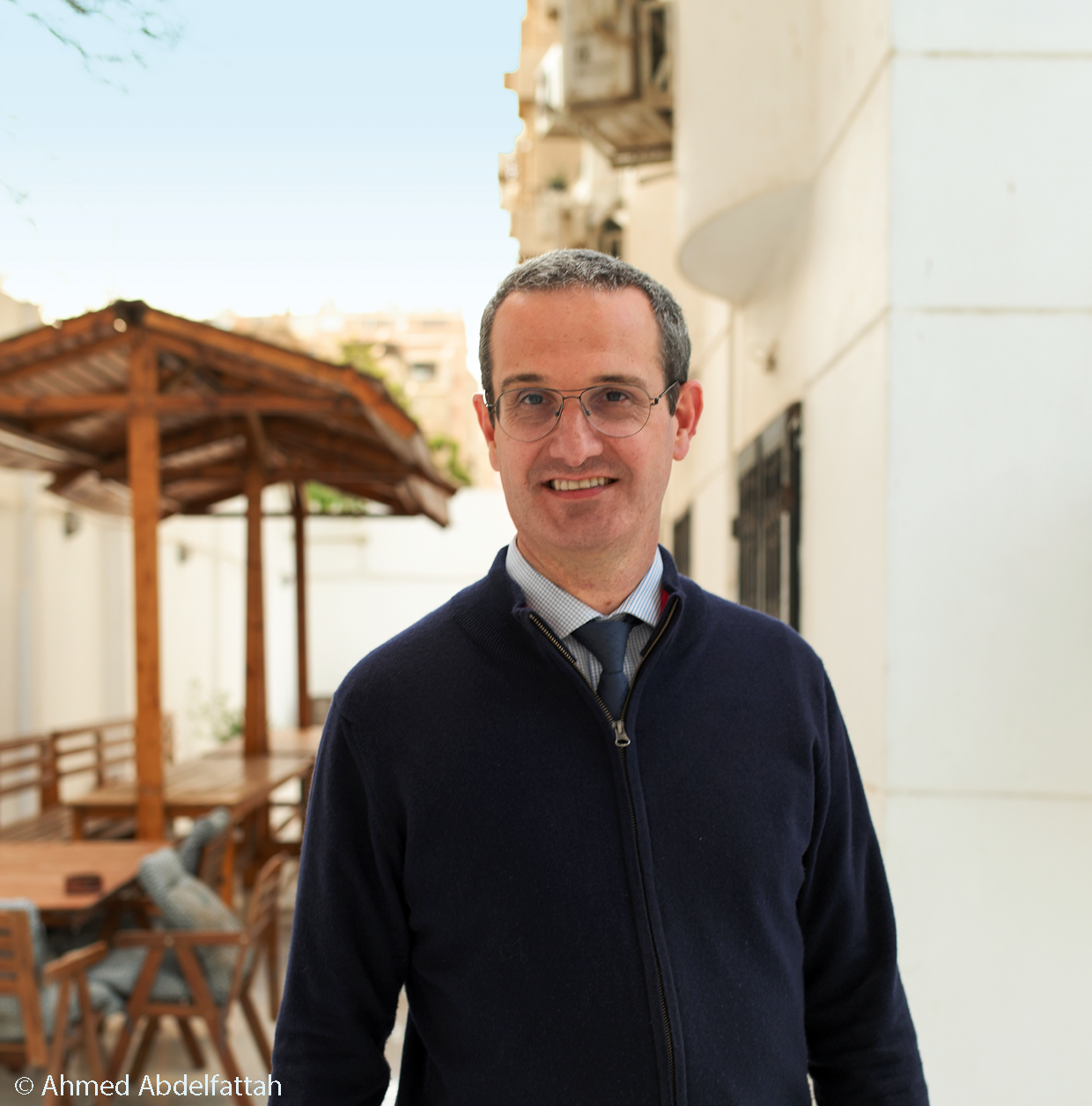 Fontana and the ICRC are also trying to help victims of armed conflict in Egypt, as you’ll hear in the next part of the interview.

When I speak about our activities, it’s mostly about helping people affected by the violence in North Sinai. There are around fifty or sixty thousand people who have moved from their houses because of the violence in Sinai, and the ICRC, together with the Egyptian Red CrescentRoter HalbmondRed Crescent, we are assisting these people. In addition to the assistance we [give] to the Egyptian Red Crescent, we are now trying to diversify our partnerships with NGO (non-government organization)regierungsunabhängige OrganisationNGOs based in Sinai. So, finding the right organizations we can work with and trying to be more impactfulwirkungsvollimpactful in terms of really to address sth.etw. angehenaddressing the needs of these people and not only delivering some food to them, but really trying to have some income-generating activitiesEinkommens-, Verdienst­möglichkeitenincome-generating activities for them that they can choose. Whether it’s like small businesses or agriculture or other kinds of projects we can have, it’s really interesting.

The ICRC has a current project looking at the connection between climate change and armed conflict. Fontana explains.

Right now, I’m organizing high-level visits from the ICRC headquarters. So, we are going to have our director, regional director, for the Middle East coming. And I try to see how we can best use this opportunity to meet with people or meet with officials that I cannot meet myself at my level. So different ministers. But also, we try to see which topics we can promote in Egypt and one of the topics which is coming up very strongly is climate change and armed conflict, and how climate change is to aggravate sth.etw. verschärfen, ver­schlimmernaggravating the situation for people who are already suffering because of armed conflict. Actually, half of the most climate change-­affected countries, or vulnerablegefährdet, schutzbedürftigvulnerable countries, are also affected by armed conflict. Most of the armed conflict situations in the Middle East or in Africa, they are protractedlangwierigprotracted crises. What I mean is that we cannot really look at the situation there [from] only the angle(Blick)Winkelangle of an armed conflict. And some of these countries, unfortunately, they suffer from underdevelopment, they suffer from an armed conflict, they suffer from Covid-19 – so, a health crisis. And on top of that, there’s climate change. So, trying to see how we can combine our efforts with other organizations, with other institutions to approach the situation comprehensivelyumfassendcomprehensively is something which is fascinating, and I think it will bring some better results for people we help.