New York was an early epicentre of the pandemic in the US, and the city had shut down many of the places that usually make life fun in the Big Apple. But New York has to overcomeüberwindenovercome catastrophes in the past and, as the New Yorkers interviewed in our Travel feature explain, the city will survive.

In the next excerpt, you’ll hear about classical music conductor Marlon Daniel. Listen now and try to answer these questions. For how many years has Daniel worked as a conductorDirigentconductor? What piece of music did Daniel’s orchestra play at the world premiere of the Mercedes-Maybach car? 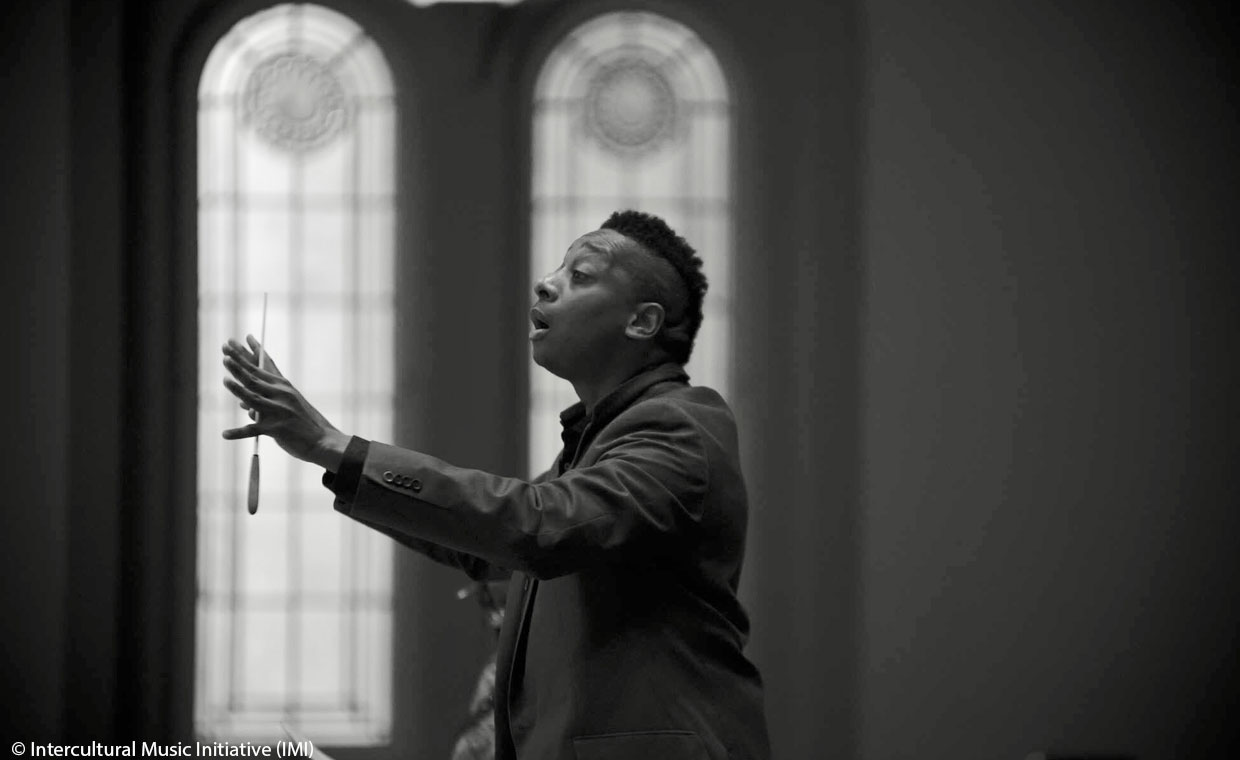 I came to New York as a teenager from Chicago to study music at Manhattan School of Music. For over 20 years, I’ve been a classical music conductor (orchestra and opera), living between New York, Frankfurt, and Berlin. I’ve not performed much in Germany, but I hope to in the future. I was on a fellowshiphier: Stipendiumfellowship to study in Germany and work with Sir Simon Rattle and the Berlin Philharmonic.

I like the Germans, and a German base makes it easy to travel to other countries. Like Berlin, New York is one of the world’s most vibrant cities. You can get almost anything here. The only bad thing is that it’s so expensive. In the US, life is harder, especially for artists, especially in New York. You feel under constant pressure that your replacement is just around the corner, so you’re always living a competitivekonkurrenzbetont; hier: starker Konkurrenz unterworfencompetitive lifestyle. Also, in Germany there’s more funding of the arts.

One of my craziest career moments was auditioningProbevorstellungauditioning for the world premiere of the Mercedes-Maybach car, here in New York. I’d heard that a secret company was looking for an orchestra for a secret project. I got an interviewhier: (Vorstellungs)Gesprächinterview and met two representatives at a luxury hotel, but they didn’t tell me who they represented. They asked me questions in English but spoke German amongst themselves. I understood what they were saying, so, in an awkwardungünstigawkward moment, I said: Es könnte hilfreich sein zu wissen, dass ich Deutsch spreche und alles verstehe. I got the job! The production in the Wall Street Regent Hotel was spectacular. When the car came through the doors, I started the orchestra with Handel’s The Arrival of the Queen of Sheba. It was wonderful.

My best New York moment was my Lincoln Center debut. All I could think of as I walked out on that iconic stage was growing up watching Live from Lincoln Center on television, dreaming with my grandmother of me one day performing there. When I did, it meant so much more because she had to pass awaysterbenpassed away one year before — bittersweet, but definitelysicherlich, ganz bestimmtdefinitely my best moment.

Music can heal and help us

In the pandemic, many of my performances were to postponeverschiebenpostponed or canceled. But I was offered the position of Director of Orchestral Ensembles at Fordham University. This allowed me to create a music program in the worst of the pandemic: an example that music can heal and help us through these difficult times.

My favorite hobby is cooking. During the pandemic, I’ve been developing my skills and writing a family cookbook based on recipe(Koch)Rezeptrecipes my grandmother passed on to me. I look forward to getting back to my normal routine but am thankful for the lessons the pandemic has taught me. Our lives and careers are so fragilezerbrechlich, anfälligfragile and we should to cherishwertschätzencherish every moment.

Marlon Daniel has worked as a conductor for over 20 years. Daniel’s orchestra played Handel’s The Arrival of the Queen of Sheba at the world premiere of the Mercedes-Maybach car.