At Spotlight’s very own London pub, Peggy is looking for ways to boost the pub’s profits. Perhaps it’s time to expand the business upwards? Let’s find out what the plans are at Peggy’s Place.

George: So, what’s happening with your plans to to revamp sth.etw. herrichten, aufmöbelnrevamp the pub?
Sean: Don’t call it a “revamp”. That sounds very unprofessional – and it’s not about changing the decorAusstattungdecor. What we’re actually doing is looking at ways to to recalibrateneu ausrichtenrecalibrate our business model.
George: That’s just a fancyausgefallenfancy way of saying “revamp”.
Peggy: We haven’t to hear back from sb.von jmdm. hörenheard back from the owner of the Prince of Peckham, have we?
Sean: No, he’s a very busy person, but Helen and I haven’t given up hope.
George: Here’s an idea: you have rooms above the pub, don’t you?
Peggy: Yes. We call them our home.
George: I don’t mean those. I mean up on the second floor.
Sean: Are you talking about the attic rooms?
George: Yes, those exactly.
Peggy: But they’re all full of bits and bobs (UK )Kleinkrambits and bobs we need for the pub – Christmas decorations and the like.
George: How many rooms are there?
Sean: Three, isn’t it, Peggy?
Peggy: That’s right, and a very grotty (UK, ifml.)schmutzig, schäbiggrotty toilet that no one ever uses.
George: Why don’t you empty out those rooms and turn yourselves into a pub with B&B (bed and breakfast)Zimmer mit FrühstückB&B?
Peggy: Phil would hate that. He can’t bear having strangers around the place after pub hours.
George: Do you want to be more profitable or not?
Peggy: Where would we put all the stuff that’s there now?
George: I think once you look at them carefully, you’ll see that you don’t really need most of those bits and pieces.
Sean: I think George to be on to sth. (ifml. )einer Sache auf der Spur seinis on to something. Finding a place to stay in London is always a pain, and if we offer comfortable rooms and good food...
George: Precisely!
Peggy: But it’s up two flight of stairsTreppeflights of stairs.
George: Well, then you mention that on the website and people will know what they’re to let oneself in for sth.sich auf etw. einlassenletting themselves in for.
Peggy: I don’t know. It seems like a lot of work.
George: Any kind of real estate (N. Am. )Immobiliereal estate in London is worth a fortune.
Peggy: It’s not real estate, though, is it? It’s just three atticDachgeschossattic rooms badly in need of renovation.
Sean: Nothing that a lick of paint (ifml. )ein bisschen Farbelick of paint can’t cure.
Peggy: I bet there are a million regulations we need to be aware of.
George: If other people have dealt with them, so can you.
Peggy: Who’s going to do the extra cooking? We’ll need to serve breakfast.
Sean: It would be good to have some help in the kitchen anyway. We can to apprentice sb.jmdn. als Lehrling einstellenapprentice someone, and that person can do the breakfasts once they’re trained up.
Peggy: We haven’t talked about getting a trainee. That means more expenses.
Sean: Look, I know business is slow, but I haven’t had a holiday in two years. We’ll need someone long term.
Peggy: Let me think about it. I really don’t know where we’ll store all the gear that’s up there now. I’ll talk to Phil.
George & Sean: Don’t do that!
George: He’ll put a to put a damper on sth.etw. einen Dämpfer aufsetzendamper on it. Make a plan first. 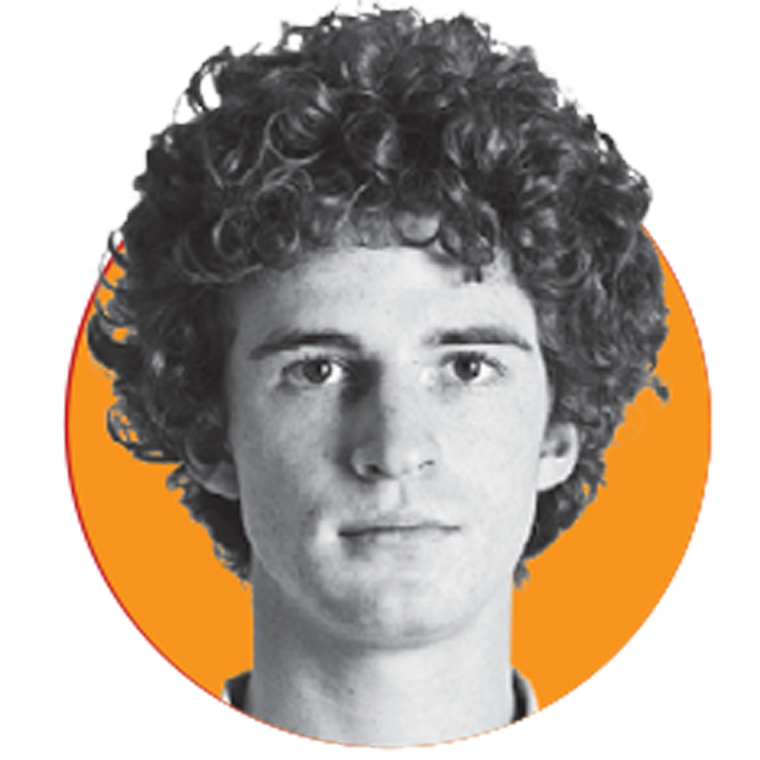 Sean, from Ireland, is the chefKüchenchef(in)chef at Peggy’s Place. Sean is unconventional but a genius in the kitchen. He’s also a bit hotheaded. 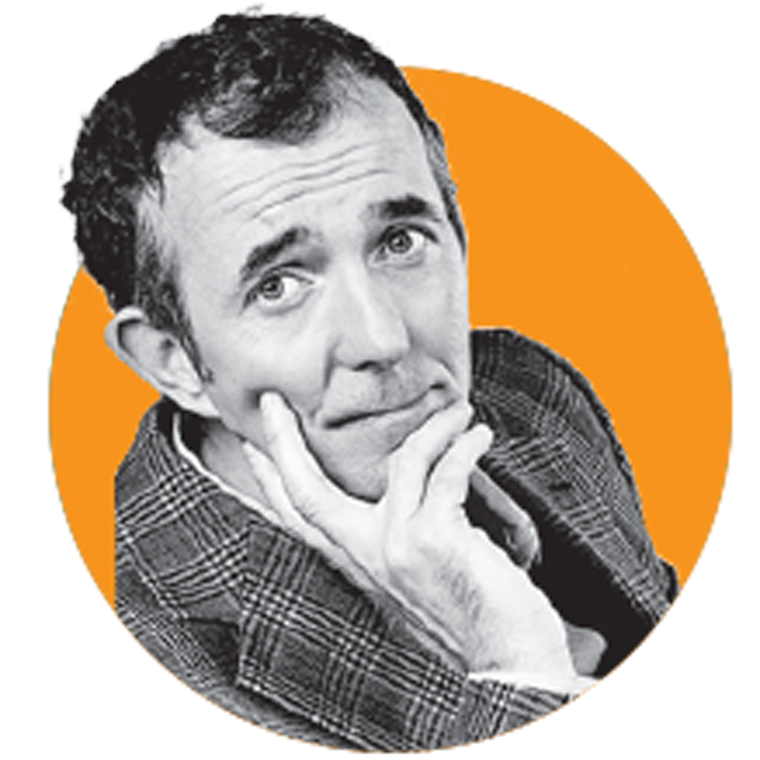 George, who’s Scottish, has been coming to Peggy’s Place for years. He has a business as an events manager. George is married to Maggie and has a grown-up son, Ian. 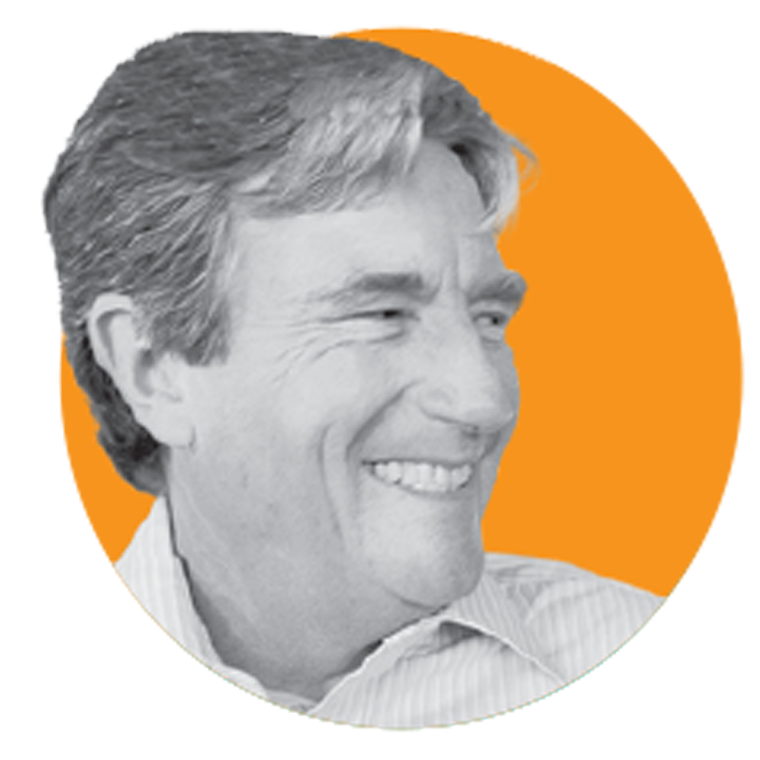 Phil is in his 60s. He is married to Peggy. Once a London cabbie (ifml.)Taxifahrer(in)cabbie, he now helps out at the pub. Phil can be a bit grumpymürrisch, grantiggrumpy but he’s a good person. Unfortunately, he’s not much of a businessman.

Peggy is the owner of the pub. Now in her 60s, she is kind and reliable, and loves the British royal family. Peggy is happy in her second marriage, to Phil.

Helen, a regular at the pub, works as a nurse and is currently single. She’s organized, punctual and sensiblevernünftigsensible. 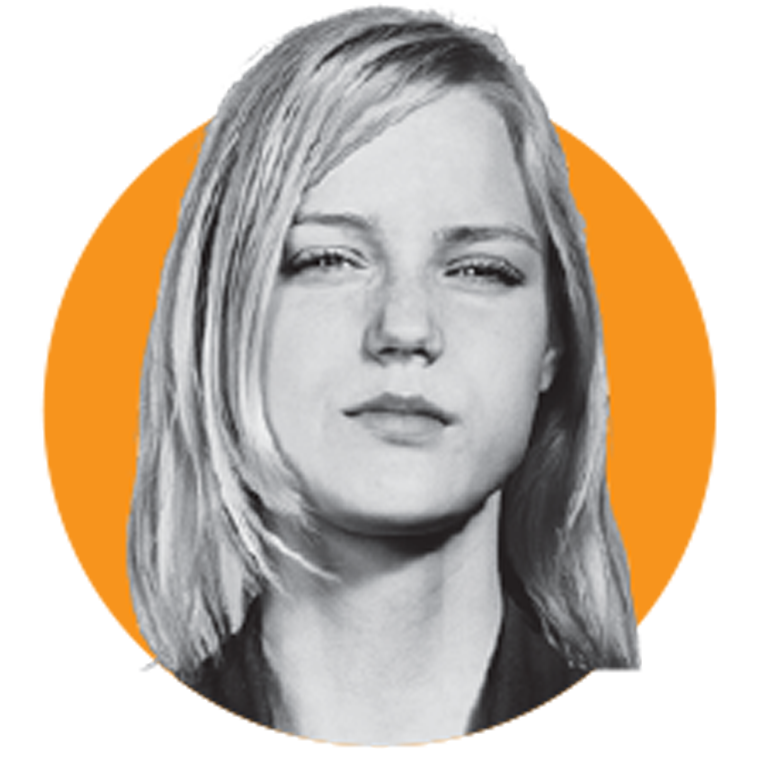 Jane, Peggy’s daughter, is egocentric and lazy. She’s a single mother – she has a daughter, Simone – but she’s not good at taking on responsibility. Jane never stays in one job for long.